HOW SUSTAINABLE IS YOUR TEA?

With over 100 million cups of tea being consumed each day in the UK, how can we ensure that our tea is as sustainable and ethical as possible?

Tea is the most commonly drunk beverage in the world, with an origin story dating back to 2737BC, when some Camellia leaves allegedly fell into a vat of boiling water. According to the FAO, approximately 5.1 million tonnes of tea are produced every year, with over 1.8 million of this being exported.

Due to the growing conditions required by the plants used to make tea, the majority of the tea producing countries are located in the continent of Asia where China, India, Sri Lanka are the biggest producers. African tea growing countries are located mostly around the tropical regions with Kenya, Malawi, Rwanda, Tanzania, Uganda being the major producers –most of our tea in the UK comes from East Africa.

As with the world of fast fashion, the locations of these producers leave them vulnerable to human rights abuses, and the sheer quantity of tea grown for consumption and exportation leaves a big question mark around the sustainability costs for our planet.

So, with over 100 million cups of tea being consumed each day in the UK, what are the issues, and how can we ensure that our tea is as sustainable and ethical as possible?

Working conditions for tea pickers is often poor, with low wages, low income security and high levels of discrimination along ethnic and gender lines. Sometimes conditions are unsafe, both to work and live in – some pickers live on site – and unionisation is hard when there are so many workers are temporary/agency workers, who are unable to be represented. Because of this, it’s hard to work to improve conditions from the bottom up, but equally, with opaque and complex supply chains, improving things from the buyer’s end is hard too.

Many tea-pickers are women, meaning their conditions are often in direct contradiction to some of the UN’s 17 Sustainable Development Goals.
Goal 4 is quality education, 5 is gender equality and 10 reduced inequalities and discrimination. Research has found that there are high levels of illiteracy among female plantation workers, thanks in part to cultural negligence of girls’ education, early marriages and lack of infrastructure, and discrimination against female workers. 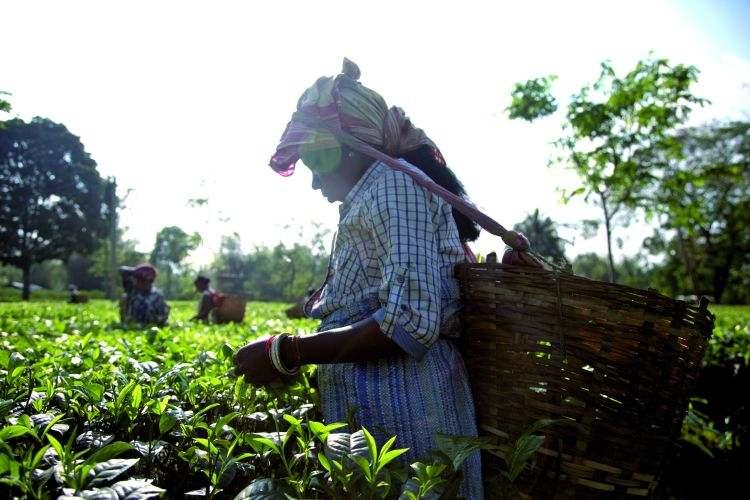 Globally, the price of tea is being driven down, with the price of fresh tea leaves often below the cost of their production, leaving smallhold farmers struggling to raise wages and improve conditions. 90% of the tea traded in Europe and North America is bought by 7 companies: Tata, Unilever, Associated British Foods, Van Rees, James Finlay, Teekanne and Ostfriesische Tee Gesellschaft. Some of these companies, namely Tata, have been caught up in many unsavoury deals, such as arms deals, which makes their products, such as Tetley and Teapigs worth avoiding.

Wages on many tea plantations is far below the locally agreed minimum, especially in India, where working conditions are a hangover from colonial rule. Wages are often provided ‘in kind’ in the form of housing, healthcare and food, although in reality often workers are forced to pay for these things too, despite the Plantations Labour Act of 1951. Because of this, the workers are trapped in a system whereby they cannot leave plantations as they would also lose their homes, and may be left owing money – this is essentially a form of bonded labour, or slavery. 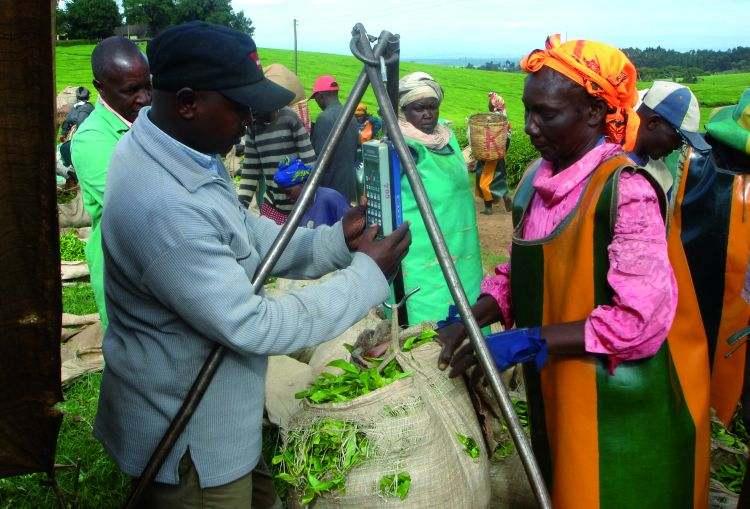 The sustainability of tea is dependent on many factors, with packaging being the largest factor in the carbon emissions of tea, matched by the type of milk you use. In terms of energy use, however, the biggest emitter is simply boiling the kettle, with overfilling reducing the sustainability of your daily cup of tea considerably. However, the biodiversity implications of habitat conversion, degradation and pesticide use cannot be ignored either – as with many food items, the way tea is grown can vastly reduce local biodiversity.

In addition, while the teabags are generally considered compostable, the majority of those sold are only 70 to 80% biodegradable because they contain plastic used to seal them. This also contributes to the release of microplastics, which are promptly ingested along with the tea in levels significantly higher than previously recorded in foods, especially where high-content plastic teabags are used. According to one study, steeping a single plastic teabag at brewing temperature (95 °C) releases approximately 11.6 billion microplastics and 3.1 billion nanoplastics into a single cup of the beverage.

While the health impacts of microplastics are not yet fully realised, what is certain is that plastic teabags are significantly more environmentally harmful than their paper counterparts, in part due to the use of non renewable resources in their production, and in part due to their inability to decompose, contributing to landfill and further releases of microplastics into local waterways, impacting ecosystems.

WHAT CAN WE DO?

It shouldn’t be so hard to have a sustainable and ethically sourced cup of tea, but there are a few things you should look for and do when you shop and next make your tea.

It’s not easy for us, as consumers, to know everything about the tea we drink, or in reality many of the things we consume day to day.

However, by engaging in learning more about who grows, process, packages and buys the produce we consume, we can start to demand more transparency from brands and better standards for everyone involved.

We did some digging and these are tea brands we like & trust: Pukka, Yogi, Art of Tea, Kusmi! Enjoy a cup of tea and let us know which one you picked!